Skip to content
Item added to cart. View cart and check out.
Free shipping on all U.S orders. We plant a tree for every order!

What is Environmental Justice & Why Do We Need It Now? (Part II)

What is Environmental Justice & Why Do We Need It Now? (Part II)

If you’ve turned on the news, glanced at a newspaper, or mindlessly scrolled through social media recently, you’ve likely seen the protests that are happening in response to the deaths of George Floyd, Ahmaud Arbery, and Breonna Taylor—and many others who have died at the hands of police officers in recent years. Aside from Antarctica, protests have happened in every continent and have covered most areas of the world—not only in many US cities but also in places like Tel Aviv, Buenos Aires, and Lagos.

While the main focus of global #BlackLivesMatter marches and protests is police brutality, there’s another oppressor that is also unequally targeting minorities and people of color—climate change.

From our last blog post, you now know the what of environmental justice. Read on to discover the why.

This is just a very small taste of how environmental policies and conditions have (and continue to) hurt our Black and minority communities. There’s a reason so many books have been written on the topic! Hopefully this gets the wheels turning but we recommend diving deeper into TED talks/documentaries/books/podcasts to learn more!

You may be hearing about it just now (as many of us are) but there have been linking racial disparities to toxic environmental pollutants that date back nearly thirty years ago. In a study in 1986, American communities that had the most hazardous waste facilities also had the highest rates of racial and ethnic residents.

Surely all of that has improved in recent years, right? Not even a little.

A more recent study shows that not only are Black and minority populations still disproportionately living in areas exposed to toxic environmental pollutants, but also that they’re left out from the protection offered by many environmental laws. 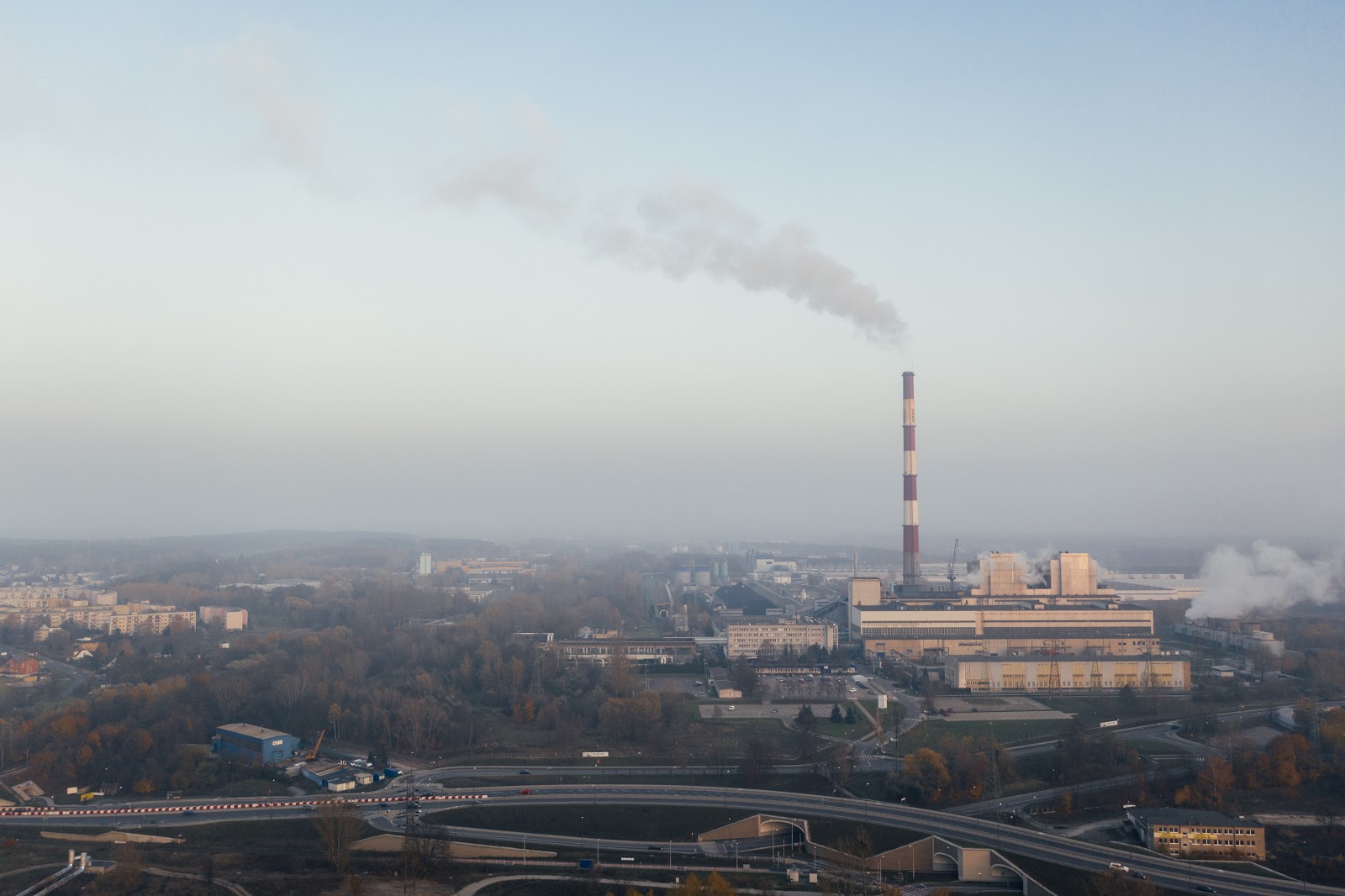 Photo by Marcin Jozwiak on Unsplash

Even if BIPOC individuals don’t live in areas that have become dumping grounds for environmental pollutants, they’re at a higher risk for illness and death as a result of a changing climate. African Americans live in areas with less trees (more heat-trapping pavement), Native Americans lack access to clean drinking water, and Hispanics live in areas with poor air quality.

What would you do if you lived in an area where climate change made it inhabitable? Would you move? Could you move?

For many people of color, moving to a safer area isn’t an option.

Racist housing policies (Google “redlining”) that have been in place for more than a century mean that people of color disproportionately live in areas prone to sea level rise, damage from extreme weather events, and higher temperatures.

In fact, in some redlined neighborhoods, summer temperatures are as much as 20℉ higher than other close-by (and predominantly white) neighborhoods.

If you feel uncomfortable on days that top 100℉, imagine even hotter temperatures in a house with no air conditioning, with exacerbated health conditions, and down the street from a power plant or industrial factory that’s releasing environmental toxins. That’s environmental racism and that’s happening right now.

Unequal Representation in the Climate Movement

What environmentalists do you draw your inspiration from? How many of them are people of color? (Hint: if you don’t know of any, it’s never too late to learn! Some of our favorites are: Warren Washington, Dr. Beverly Wright, Ron Finley, and Isra Hirsi.

For many environmentalists, Trump’s election was quite the tear-jerker. Since then he’s rolled back several environmental regulations and pulled out of the Paris agreement. While we may be upset about all of the lands and species that have taken a hit since his election, it’s important to remember that there are people who have been hurt, too.

He recently signed an executive order to cut the National Environmental Policy Act (NEPA), which essentially lets fossil fuel and chemical companies make up their own environmental regulations. Without NEPA, they don’t have to worry about pollution or climate change impacts—or the communities these effects disproportionately impact.

While we may not think about it as we compost our veggie scraps or say “no” to yet another plastic bag, there’s a lot of overlap between racism and environmental destruction—and how the systems responsible for both can continue.

The United States has a long history of protesting. From the civil rights marches in the 1960s to the Women’s Marches over the past couple of years, Americans have always taken to the streets as a way to produce social change. It may have gone unseen for most but how protesters protest has changed over the past couple of years—largely in response to protests about two things: police brutality and oil pipelines.

In 2016, two huge things happened in America. Philando Castile was shot in a traffic stop and the people joined at Standing Rock to protest the Dakota Access Pipeline. As a result of more protests and social unrest, the laws regulating what protesters can and cannot do skyrocketed during this time. Most of these laws target certain groups of people, and in many cases target BIPOC individuals. Whether it comes to fighting to save the planet or fighting against racism, this makes it increasingly difficult to do either.

Inspiration from the Slave Industry

Most of us wouldn’t stop for a second to recognize any similarities between the slave industry and the fossil fuel industry, but they’re there. Not only are both industries destructive to human lives (fossil fuels kill about 150,000 people per year), but they also use some of the same tactics.

British slave owners responded to abolitionist concerns by saying that they had in fact “saved” the African slaves. They had convinced themselves so strongly that they were doing these slaves a favor by giving them a place to live and “saving” them from conflict and famine. If you look close enough, you’ll see these same arguments come from the mouths of those in the fossil fuel industry. Corporate denial is an old trick, and current Big Oil companies are using these tactics in a new (and arguably more effective) way.

The recent use of “I can’t breathe” portrays an issue that dates back much further than the deaths of George Floyd, Eric Garner, and more. For hundreds of years, BIPOC communities have suffered from upper respiratory disease and asthma at rates much higher than those for white people. So, while recent protests have drawn attention to the most recent issues of police chokeholds, we can’t forget about the environmental chokeholds that are also killing Black and minority communities. 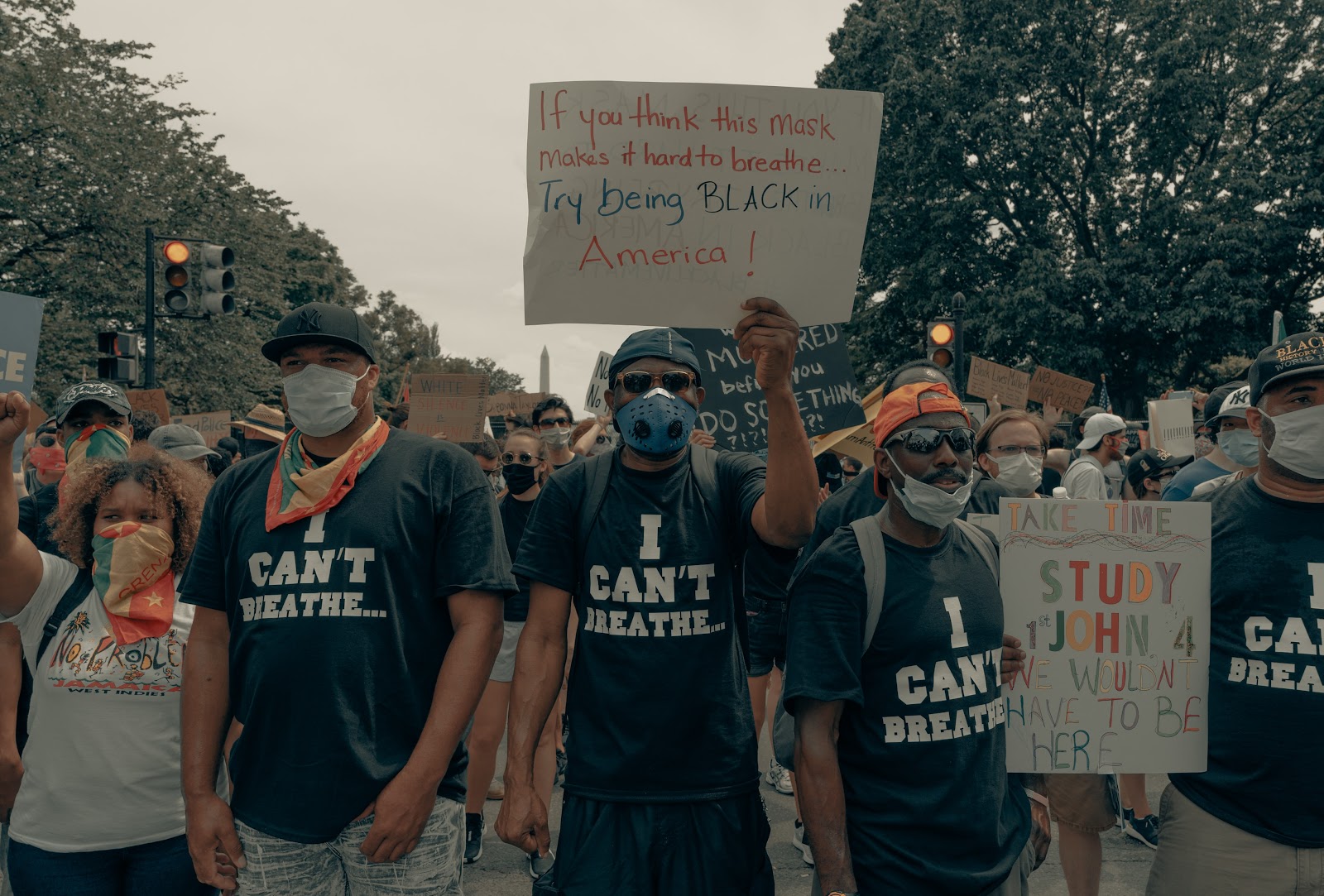 Photo by Clay Banks on Unsplash

What Can We Do?

The fact that you’re even reading this blog post means that you care about the issues that are so, so important right now—and we’re so glad you’re here! Racial justice and environmental justice go hand in hand and we have to start focusing on how we can tackle both. Living a more environmentally and minimalist life is a great place to start, but we can all take that a few steps further. Together, we can do this! We can make positive and sustainable contributions to the planet and the people who call it home.